Hold On! How to Hold Open a Fire Door Safely

Fire barriers are walls that help to compartmentalize a building to deter the spread of smoke, flames and toxic gases during a fire. 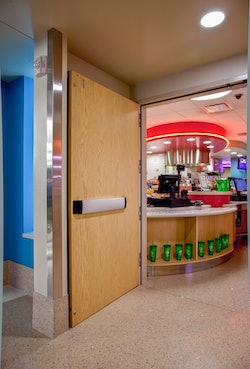 Given the current focus on touchless openings and hands-free operation of doors, some facility managers have considered propping doors open to reduce the spread of germs. Although this might work in some locations, it could affect energy efficiency, security and fire protection. An open door’s effect on heating or cooling is obvious, as is the potential for unauthorized entry. However, the effect of a fire door that’s held open improperly might not be recognized immediately by those who aren’t familiar with the purpose of a fire-door assembly.

Fire barriers are walls that help to compartmentalize a building to deter the spread of smoke, flames and toxic gases during a fire. Most of these walls have door openings, and that’s where fire-door assemblies come in. The labeled doors, frames and hardware that are used to fill the openings in a fire barrier or fire wall are called opening protectives. Without them, fire could spread through the unprotected openings.

One of the most important requirements for a fire door is that it must be closed and latched when a fire occurs. A fire door that’s propped open by a wood wedge, tied open with a string or held open with one of many other creative methods likely will prevent the door from closing and latching. Door closers that have mechanical hold-open arms are prohibited on fire-door assemblies for the same reason. Any device used to keep a fire door in the open position must have an automatic release, so it will close if a fire occurs. These products are defined in the codes and standards as automatic-closing (or self-closing) devices.

At one time, door closers that have fusible-link hold-open arms were common on fire-door assemblies. The hold-open arm incorporated a link that would melt when it reached a certain temperature, allowing the door to close. Although fusible links aren’t prohibited by NFPA 80–Standard for Fire Doors and Other Opening Protectives, the model codes don’t allow them in most locations. This is because a large volume of smoke could pass through the door before the link heated to the melting point. For the vast majority of fire doors, the codes require automatic-closing devices to be released by the detection of smoke, not heat.

Several products, or combinations of products, can be used to hold open a fire door safely:

These units consist of an electromagnet in a housing, mounted on a wall or on the floor. The door also must be equipped with a door closer or other closing device. After the fire-alarm system is activated, power to the door holder is cut, and the door will close. The hold-open force for these products typically is between 25 and 40 pounds, to allow the alternative of closing the door manually as required by code.

For wall-mounted units, some coordination is required when selecting the projection of the magnet housing and armature to provide the required amount of clearance. Chains and other creative methods for field-modifying a magnetic holder or armature never should be used, because they aren’t covered by the manufacturer’s listings. Floor-mounted units don’t require as much coordination but are more susceptible to damage because of their mounting location. The voltage of these door holders (and others described in this article) typically is 12VDC, 24VAC/DC or 120VAC; the voltage might be field-selectable for some units.

The benefit of an electromagnetic holder, particularly the wall-mounted version is that little or no maintenance is required to keep it operating properly. If power were cut inadvertently or the unit were defective, the fail-safe holder would allow the fire door to close. This helps to ensure that it could fulfill its role if a fire occurred.

Several manufacturers offer a closer/holder unit that consists of a door closer and an electrified door holder that’s wired to accept a signal from the fire-alarm system or includes an integral smoke detector. These are available as single-point units that hold the door open at a particular angle (90 degrees, for example) or multipoint units that allow the door to hold open at any position until the door is released during a fire. A single-point unit would be the preferred choice for a cross-corridor or stairwell door, so the door always is open fully and out of the way. A multipoint unit would be better suited for a fire door leading to a patient room in a health-care facility, for example, where the door could be left in a partially open position. (Note that many of these doors no longer are required to be fire rated.)

Some multipoint units might include an optional bypass cylinder, which doesn’t engage the door holder until the door is opened beyond a certain point. This is helpful for doors that shouldn’t be standing open at an awkward angle, such as 40 degrees.

Another option is a swing-free arm, which allows the door to be operated as though it doesn’t have a door closer. The door can be operated manually with little or no resistance and left in any position until the fire alarm is activated, the holder releases and the door closes automatically. The mounting configurations for single- and multipoint units vary depending on which side of the door the automatic-closing device is mounted, and, again, the proper voltage must be selected.

For doors that open into a pocket in the wall, closer/holder units mount on the wall behind the door and are concealed completely when the door is held open.

One question that’s raised frequently regarding closer/holder units is related to the amount of force required to open the doors when they aren’t held open. These units typically include a door closer that has a spring size of 3 or 4, as recommended by NFPA 80. Fire doors aren’t subject to the 5-pound opening-force limitation that applies to nonfire-rated interior swinging doors, and the larger spring size prioritizes the necessity for reliable closing and latching of the door. The model codes allow a force of up to 30 pounds to set a fire door in motion and 15 pounds to open it fully.

For fire doors that have a separate door closer or other closing device, the hold-open portion of a closer/holder unit might be installed separately. One benefit of the separate components is that a door closer that has an integral stop arm can be paired with the electrified hold-open track. It’s important for doors that have automatic-closing devices to have a stop to help protect the unit from being damaged.

In some locations, the difficulty of running wires can lead to the use of wood wedges or other noncompliant hold-open methods. A battery-operated holder can be a great way to retrofit an existing door that has to be held open in a code-compliant way. The onboard smoke detector releases the holder when smoke is detected, which allows the door closer to close the door. These units are fail-safe, so when the battery no longer is charged, the door won’t hold open.

To hold open a fire door temporarily for convenience (not to facilitate touchless operation), a delayed-action closer may be installed. The delayed-action feature holds the door open for a short time — typically a minute or two — when the door is opened to 90 degrees. This can be helpful for doors to storage rooms or other areas that have cart traffic or to facilitate the movement of wheelchairs or beds. As long as the door closer is listed for use on a fire-door assembly, the codes and standards don’t prohibit the use of the delayed-action feature on fire doors.

By properly selecting a hold-open device and connecting with the fire-alarm system or providing an integral smoke detector, fire doors can facilitate hands-free operation and help to deter the spread of smoke, flames and toxic gases during a fire.

For more information about the requirements for holding open fire doors, refer to the adopted codes and standards or consult the local Authority Having Jurisdiction.

This article originally ran on idighardware.com. 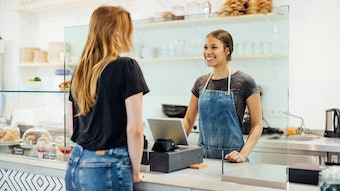 New products are being manufactured and implemented to help slow the spread of the Coronavirus.
Locksmith Ledger International
February 17, 2021 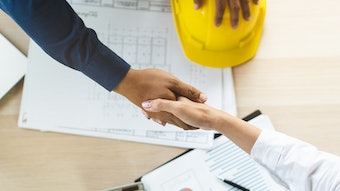 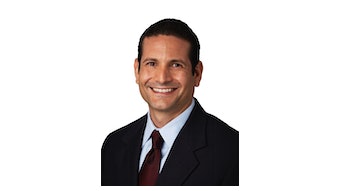 In his new executive leadership role, Orbegoso is responsible for a business that generates approximately $2 billion in annual revenue and is supported by more than 7,000 employees across Canada, Mexico and the United States.
Allegion
February 17, 2021
Latest

E-Access is said to be an easy-to-use platform of 1 to 4-door self-contained controllers with embedded software.
December 22, 2020