The number of female CEOs in science and technology industries, including construction, falls far below that of their male counterparts, while pay levels continue to reflect ongoing disparity between genders.

In recognition of the International Day of Women and Girls in Science, observed by the United Nations on February 11, BoldData released information on the number of women who hold CEO positions at construction, manufacturing and information and communication technology (ICT) companies, based on its extensive databases in these industries. The numbers show a stark difference between female executives and their male counterparts on a global basis.

According to the data, the glass ceiling in the construction industry has proven a difficult one to crack, with just 1.4% of CEOs globally made up of women. “It might not come as a surprise that heavy construction companies (such as road construction and civil engineering) score lowest with 1% female CEOs,” BoldData indicates. “The number of female decision makers at general contractors and installation companies ranks slightly higher with 1.4%.”

And while women have made more inroads in manufacturing industry segments such as apparel (7.2%) and jewelry (6.75%), female CEOs in heavy manufacturing remain a rarity, representing just 1.3% globally. In the oil and gas segment, the number drops substantially to .005%. In all, just 2.7% of manufacturing companies worldwide feature women leaders.

Women in the ICT industry fare only marginally better. According to the United Nations, female students’ enrollment in the sector is particularly low at 3%. This is reflected in the number of female CEOs (2.9%) in these executive roles globally.

Additional UNESCO data (2014 - 2016) shows only around 30% of all female students select STEM-related fields in higher education. In addition to low enrollment in ICT, global female enrollment is particularly low in natural science, mathematics and statistics (5%) and in engineering, manufacturing and construction (8%).

"Science and gender equality are both vital for the achievement of the internationally agreed development goals, including the 2030 Agenda for Sustainable Development," the United Nations states. "Over the past 15 years, the global community has made a lot of effort in inspiring and engaging women and girls in science. Yet women and girls continue to be excluded from participating fully in science."

The United Nations General Assembly adopted February 11th as the International Day of Women and Girls in Science as part of its efforts to achieve full and equal access to and participation in science for women and girls, and further encourage gender equality and the empowerment of women and girls in related fields.

A new report from Morningstar also highlights the ongoing wage disparity between genders among those who reach the highest echelons within U.S. companies. According to the report, women continue to be underrepresented and paid less than their male counterparts in the C-suite of corporate America.

Morningstar used companies’ mandatory named executive officer (NEO) pay data disclosures and manually collected officer gender data from more than 2,500 companies across the U.S. to publish new research on the pay and gender-based composition of the highest-level corporate officers over the most recent five years of corporate pay reporting.

According to the report, the imbalance that extends across workplaces costs the economy trillions of dollars in potential growth. "At the organizational level, a growing body of research shows that greater diversity leads to better outcomes at all levels of corporate decision-making and, ultimately, to better corporate financial performance," it adds. 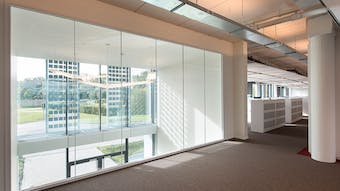 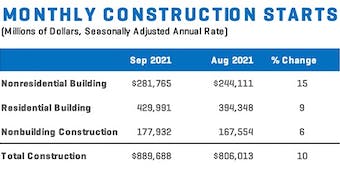 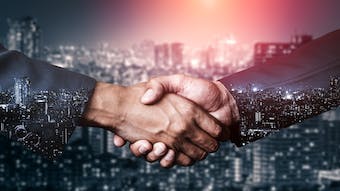 This document establishes requirements for three types of SCIF perimeter doors: main entrance doors, entry and egress doors that are not the primary doors, and emergency egress-only doors.
Lori Greene
January 25, 2021
Follow Us