Los Angeles County Department of Public Health opens an investigation into the outbreak amongst the construction workers at the SoFi Stadium. 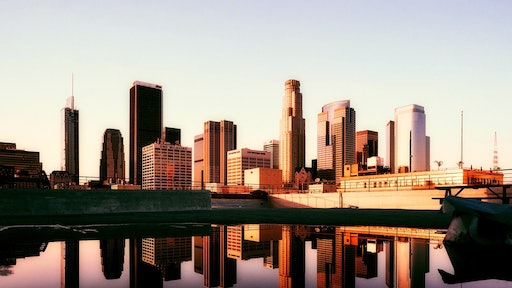 The Los Angeles County Department of Public Health reports that 49 people working at the $5-billion SoFi Stadium project in Inglewood, Calif., have tested positive for the novel coronavirus. Coverage by the Los Angeles Times says 16 new cases were added in a little more than the week before the report.

LA County also reported seven people working for the general contractor overseeing construction of the adjacent NFL Media building have tested positive. Two other people are listed as symptomatic, but the cases hadn’t been confirmed.

Last month, the department told The Los Angeles Times that “an investigation was opened” into COVID-19 cases at SoFi Stadium, new home of the Los Angeles Chargers and Rams.

Turner-AECOM Hunt, the joint venture leading the stadium project, said in a statement that its program to combat the spread of the illness includes mandatory face coverings, temperature checks for each person entering the site, social distancing and requiring nonessential employees to work from home.

“To put the number of confirmed cases in perspective, over the past five months there have been in excess of 4,000 people on site,” the statement said.

USAToday.com reports that on July 8, a 32-year-old worker died of “a health-related cause” on the SoFi Stadium Site.

After showing signs of distress, “His co-workers promptly summoned help and an onsite EMT and local paramedics responded,” Turner-AECOM Hunt said in a statement. “Unfortunately, it is with great sadness we confirm that he passed away of what appears to be a personal health related cause.”

The death was less than two months after an ironworker fell to his death from the stadium’s roof.