About 70% of school districts have plans to improve the accessibility of their facilities in the next three years. 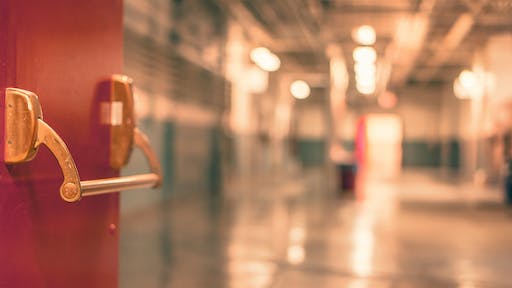 Currently, more than 50 million Americans with disabilities make up 18% of the U.S. population.

Thirty years after the Americans with Disabilities Act became law, most of the nation’s public school districts remain inaccessible to students with disabilities, government investigators say.

At least 60% of public entrances in newly built facilities must be accessible to individuals who use wheelchairs or have mobility impairments.

About 70% of school districts have plans to improve the accessibility of their facilities in the next three years, the report indicated. That includes everything from large-scale renovations to small upgrades like changing door hardware or signage. Cost issues were frequently cited by school officials as a challenge to ensuring accessibility.

Doors that snap closed quickly make it difficult for users, particularly those with disabilities, to get through safely.

Door hardware must not require more than 5 pounds of force to operate. It must also be operable with one hand and without tight grasping, pinching, or twisting of the wrist. Lever handles and other types comply with this requirement. Traditional round doorknobs are not accessible, as they require tight grasping and twisting to turn.

A new report from the U.S. Government Accountability Office (GAO) finds that in 63% of public school districts, at least one-quarter of facilities are not physically accessible to those with disabilities, according to Disability Scoop. Problems at the schools included steep ramps, inaccessible playgrounds and restrooms and door handles that are difficult to use. In 17% of districts, some schools typically do not serve students with physical disabilities because of the barriers in their buildings.

This project was designed to be “Triple Zero” – zero net energy, zero landfill waste, and zero net greenhouse gas emissions and is the first public research university in the U.S. to achieve carbon neutrality.
April 12, 2021

What is the Code for Patient Room Doors in Health Care Occupancies?

Past fires in hospitals and nursing homes and the resulting fatalities, have shaped the codes that we use today.
Lori Greene
April 1, 2021

The order was one of the largest in the history of the 94-year-old company.
February 8, 2021

Applications that incorporate UNIFORMAT and ASTM E1557 now have a central location to access standards information specific to the project phase from feasibility to turnover.
December 21, 2020