The COVID-19 Conundrum: Money is Available for New Construction Projects, but Few are Breaking Ground

While financing is available for the right projects, owners and developers aren't so eager to take a risk on ground-up construction during the coronavirus pandemic. 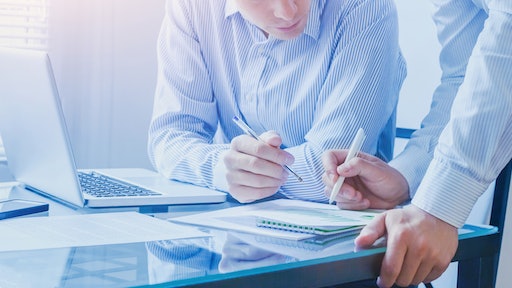 Even in a coronavirus-challenged environment, there's money available to build new projects; what's rare is finding an owner who is willing to break ground.

That's the takeaway of several observers who have noted a dearth of new construction projects coming to market. Lenders and financiers still want to back good projects, but fewer developers are willing to take the risk during the continued economic uncertainty of COVID-19.

“This is the real crux of the matter,” said Frank Cook, national program director, construction risk at Burlington, Massachusetts-based construction advisor EBI Consulting. “The financing is available, but many owners, investors and developers are playing the wait-and-see game. Projects that were in the pipeline pre-COVID moved forward for the most part, but owners have been hesitant to kick off new projects since.”

Indeed, according to Dodge Data & Analytics, total 2020 construction starts were down 15% year-to-date through July, with nonresidential starts plummeting 25%. Nonbuilding starts, which include gas pipelines, utilities, environmental public works, highways, bridges and other infrastructure, also shrank by 20%.

The result has been a dwindling of backlog for contractors – the amount of jobs they’ve signed, but haven’t started yet – and a more competitive bid environment for the smaller number of projects that are moving forward.

It all starts with the land

Part of the issue of fewer new projects coming to market has emerged on the land side, the ultimate starting point for any construction project, said Taylor Mammen, senior managing director in the Los Angeles office of real estate advisory firm RCLCO. Owners have been dragging their feet to close land deals that were in the works before the pandemic, in order to buy time until a clearer economic outlook emerges.

“Developers have been trying to push final land closing back for as long as possible,” Mammen said. “In many cases, they’ve gotten to the limit of sellers’ patience.”

Mammen ticked off three factors contributing to fewer new construction projects coming to market, but financing wasn’t one of them.

“First, there have been deals that have gotten killed, so that has had some impact,” Mammen said. “Second, anyone who can extend land closing is doing so. And third, it’s been difficult to commence and close a new deal in an environment where people can’t travel, and it’s taking longer to get responses back from city planning departments. There are just so many more things that are clogging the gears to move a project forward.”

“What I am hearing from lenders is that they want to make loans while they can,” said Nikole D. Garcia, an attorney in the real estate and lending transactions practice at Tampa, Florida-based Trenam Law. “There’s a feeling that lending could tighten at any time, so it’s a make hay while the sun shines mentality. There is a bit of frenzy to get loans booked and projects started in case conditions worsen.”

At Nashville, Tennessee-based Built Technologies, a provider of construction loan administration software whose clients include 26 of the top 100 construction lending banks, according to the company, business has been brisk in the multifamily and residential sectors, and select areas of commercial construction.

“On the lending side, we saw over 3,700 new construction loans commence across our client base in the month of July,” said Jim Fraser, Built’s director of CRE strategy. “However, this is highly influenced by idiosyncratic market conditions and the type of project. Both banks and independent mortgage lenders are processing new construction and renovation construction loans where it makes sense. Architects, general contractors and subcontractors are all eagerly submitting bids.”

“We definitely stopped lending for a while and just asset managed, but we’re open again now,” Forman said. “We want to do smart multifamily transactions, and smart construction for multifamily, in the areas that we've always focused on.”

Case in point: His credit committee just approved an application for a new $5 million, eight-floor multifamily project in Fort Lauderdale, Florida. The deal still needs to clear underwriting, but the initial green light is there.

“We're starting to get back in the market and backing what we believe to be good projects in good demographic areas, with more experienced, rather than less experienced, sponsors,” Forman said.

The right deals in the right sectors

To be sure, owners and developers are bringing new projects to market in select sectors. While many observers say hospitality, retail, restaurant and office have been put on an indefinite hold, the surge in online commerce, medical research and demand for nonurban housing since March has resulted in pockets of increased construction activity.

"We build a ton of grocery stores, and that has been fantastic,” Napper said. “People have been spending a lot more on groceries during COVID.” Another bright spot is K-12 education, which typically gets funding from voter-approved bonds. “K through 12 has gone bonkers, in a good way,” Napper said. “Bond programs are passing like crazy.”

"A good project is still a good project, even in this environment," Garcia said. "Certain sectors, such as restaurant and hospitality, are going to be a harder sell and held to higher underwriting criteria, but with the right ownership team, level of experience, and collateral, there is money available."

But while the funding for new projects is available, there are hurdles for developers that want to tap into it. For one, the money, while cheap, doesn’t come at zero cost. Along with tighter overall lending criteria and only working with the best sponsors, lenders are also putting stopgaps in place to protect themselves if something goes wrong down the road.

“Even though banks are lending what is essentially free money provided by the Fed, they’re increasing rates for many of these sectors, to provide a cushion and greater margin of error,” Mammen said. “And even if they’re not marking up the price of money, they’re putting in floors on their benchmark rates, to maintain a return on their capital.”

For owners, that means bank rates on the low-end range between 3.25% and 4.25% on the best projects, sources say, and anywhere between 8% and 12% from private lenders. In a post-COVID-19 world, however, developers also need to think about the additional costs that pandemic mitigation adds to a project, such as social distancing and other new jobsite protocols.

As the costs of those steps have materialized on jobsites, they’re also working their way into negotiations between owners and contractors.

“As I’m preparing contracts, there’s definitely a heightened focus by both the owners and contractors on who’s going to absorb the COVID risk,” said Joshua B. Levy, a partner who leads the construction practice at Kansas City, Missouri-based law firm Husch Blackwell. “People are really sharpening their pencils to review these clauses."

Taken together, all of it means that even with the wide availability of funding; even with money at historically low rates; and even with contractors submitting more competitive bids, developers are still finding reasons not to kick off new projects.

“There’s money sitting on the sideline ready to jump in when there are opportunities,” Mammen said. “But the actual work itself of moving toward a new development and construction project is more difficult. In spite of pretty good liquidity on the part of the banks, it's turning out to be more expensive than you first underwrote it as a developer.”

Lenders are back in the game

Indeed, while contractors griped at the onset of the pandemic that banks had pulled back on new construction lending, preferring instead to administer no-risk loans for the federal government’s Paycheck Protection Program (PPP), observers say there’s an urgency to get new deals done now, while the lending criteria window is still open.

This article originally ran in https://www.dhi.org/ 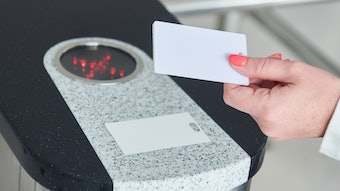 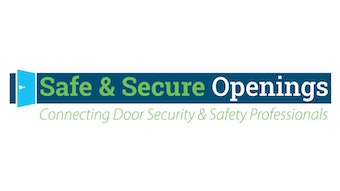 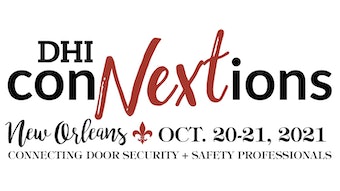 As the US economy struggles to maintain traction, planning for nonresidential building projects has slowed.
Dodge Data & Analytics
December 7, 2020

Powering Up the Commercial Door

Construction Backlog Rebounds in October Along with Contractor Optimism

Construction backlog was down in October from the same time one year ago but up for the month, indicating a level of industry stability.
Associated Builders and Contractors Inc. (ABC)
November 11, 2020

The total value of construction put in place edged up for a fourth month of U.S. construction expansions carried by residential expansion
Larry Stewart
November 2, 2020

"The tail end of 2020 and the early stages of 2021 could represent a challenging period for many contractors,” says ABC's Anirban Basu.
Associated Builders and Contractors Inc. (ABC)
October 29, 2020

AGC survey finds construction firms are experiencing both project deferrals and cancellations and employment declines in the face of economic damage from the COVID-19 pandemic.
Associated General Contractors of America
October 29, 2020

The construction industry has added 689,000 jobs over the last five months, recovering approximately 64% of the jobs lost since the start of the pandemic.
Associated Builders and Contractors Inc. (ABC)
October 5, 2020

National nonresidential construction spending fell 0.1% in August for a total of $814.3 billion for the month.
Associated Builders and Contractors Inc. (ABC)
October 7, 2020

The Momentum Index rose 3.7% in September and has gained 2.2% over the previous three months.
Dodge Data & Analytics
October 7, 2020

Construction Continues to Recover Jobs Since the Start of the Pandemic

With 26,000 jobs added in September, the construction industry has recovered approximately 64% of the jobs lost since the start of the pandemic.
Associated Builders and Contractors Inc. (ABC)
October 2, 2020

The total value of US construction put in place rose 1.4% in August on the strength of a substantial jump in spending on single-family housing, while big nonresidential sectors such as power, commercial, office and transportation sank
Larry Stewart
October 1, 2020

Construction Industry Has Recovered 60% of Jobs Lost in Early 2020

FireSlide sliding door system allows for the ability to select your choice of finishes including a variety of wood species with a range of laminate and natural veneer options.
AD Systems
September 4, 2020

The materials and equipment sub-index recorded the sixth consecutive month of falling prices, with survey respondents reporting falling prices for eight out of the 12 components.
IHS Markit
September 2, 2020

Spending in 10 of 16 nonresidential subcategories was down on a monthly basis.
Associated Builders and Contractors Inc. (ABC)
September 1, 2020

Familiarize yourself with the buy-out process many project managers go through and use these steps to make you the most desirable subcontractor for a job
Ron Roberts
August 31, 2020
Follow Us