The total value of construction put in place edged up for a fourth month of U.S. construction expansions carried by residential expansion 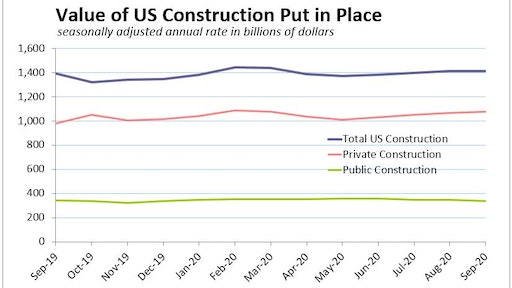 Total construction spending edged up 0.3% in September – the fourth consecutive monthly gain in the value of U.S. construction put in place. All of the recent strength has been concentrated in the residential sector, according to data published today by the U.S. Census Bureau.

Residential spending climbed 2.7% during September and is up 8.1% year to date. Record low mortgage rates and shifting preferences for more space has fueled a rapid recovery in new single-family construction, which rose 5.7% during the month. Typically volatile multifamily construction spending leapt 13.1%.

Public expenditures also weakened during the month, falling 1.7%. Highway and street outlays dropped 5.4%. A 2.0% upturn in educational construction arose as schools prepared for the return of students.

“The pace is of decline in nonresidential construction spending is accelerating,” said Associated Builders and Contractors Chief Economist Anirban Basu. “This is precisely what had been predicted. Coming into the crisis, the economy was rolling, helping to lift construction backlog amid elevated developer confidence, according to ABC’s Construction Backlog Indicator and Construction Confidence Index. The crisis shattered that equilibrium, producing distressed commercial real estate fundamentals, diminished confidence, postponed and cancelled projects, the embrace of remote work, tighter credit conditions and damaged state and local government finances.

“Though the initial phase of economic recovery has been brisk, economic outcomes are likely to deteriorate markedly during the months ahead absent further stimulus.

“The hope is that policymakers in Washington, D.C., will soon see fit to deliver on a long-awaited infrastructure financing and spending program,” said Basu. “Not only would that accelerate the broader economy’s economic recovery, a well-executed infrastructure package would make American workers more productive, unleash new private development opportunities and allow America to better compete in the global marketplace. The longer America has to wait for such a package, however, the more vulnerable its citizens will be to further economic dislocations.” 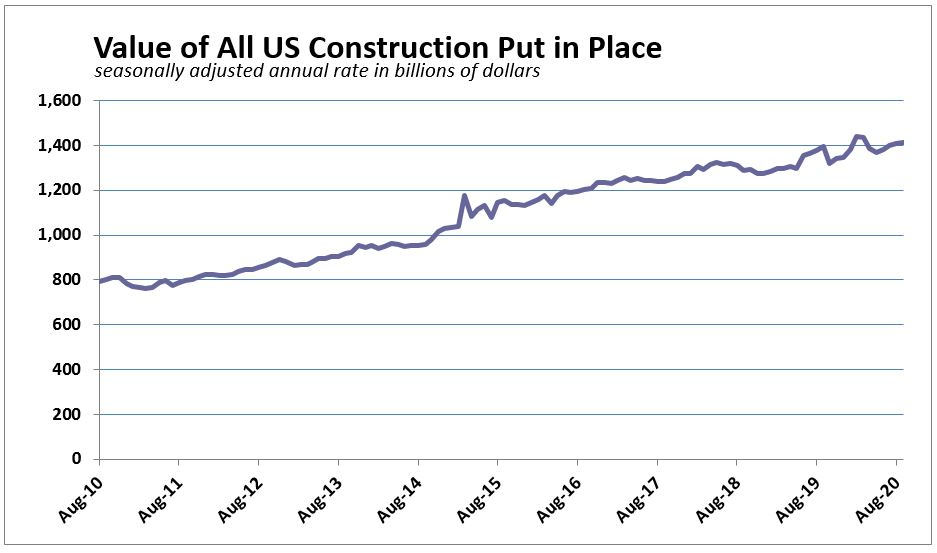 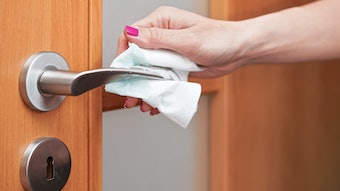