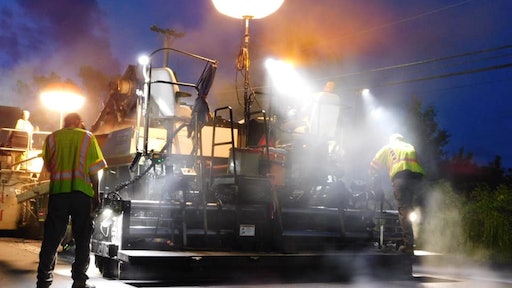 Job growth was "widespread" in the month, led by gains in leisure and hospitality, public and private education and construction, according to the latest report released by the department's Bureau of Labor Statistics.

Sectors critical to economic recovery saw some of the biggest gains as the construction sector added 110,000 jobs with commercial and residential homebuilding projects continuing to thrive. Projects also picked up in other states last month after severe weather halted work for much of the nation in February causing job losses of 56,000.

For construction, it was the strongest month of hiring since June 2020. The industry has added 931,000 jobs since April 2020, recovering 83.6% of the jobs lost during earlier stages of the COVID-19 pandemic.

The construction unemployment rate fell to 8.6% in March from 9.6% in February, but it is still 1.7 percentage points higher than in March 2020. Unemployment across all industries declined from 6.2% in February to 6.0% in March.

A significant percentage of the job growth was registered in nonresidential construction, which added 73,100 jobs in March. The number of nonresidential specialty trade contractor positions expanded by 38,200, while the nonresidential building segment added 7,600 positions.

"Here comes the tsunami of economic and employment growth across America," said ABC Chief Economist Anirban Basu. "With more stimulus on the way, the United States may end up growing faster than China this year, which would be the first time that occurred in decades.

Basu said that while any infrastructure stimulus should be geared toward projects generating the highest rates of return and open to bids by all competent contractors, the sheer volume of money flowing into the economy is set to create massive forward momentum for the balance of 2021 and likely through 2022.

Contractor optimism seems to reflect this building momentum, according to the latest ABC Construction Confidence Index.