The requirements for free egress, fire protection, and accessibility must be considered in conjunction with the need for security. 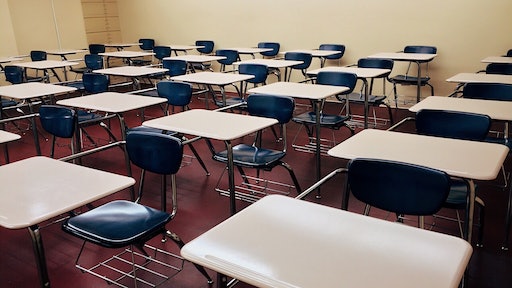 The protection of student and faculty on a school campus is priority next to it being a learning community. There have been 160 active shooter events in U.S. schools since 1972, according the Center for Homeland Defense and Security. There were 11 in 2018, and four so far in 2019, and school administrators have invested in door barricades with intentions to keep the students and teachers safe from any posing threat.

At Platte Canyon High School, for instance, explosives were used by emergency responders to gain access to the classroom, and a student hostage was killed by the shooter during the chaos. After the West Nickel Mines School shooting at an Amish schoolhouse, several news reports discussed law enforcement officers’ concerns that they were not equipped to overcome classroom barricades. A shooting at Chardon High School in Chardon, Ohio, has been cited in support of the state legislation to allow barricade devices; however, when the former superintendent of the Chardon School District, Joseph Bergant, was asked whether he would be in favor of using classroom security devices, he told members of the Ohio Board of Building Standards that barricades have the potential to backfire and make active shooter situations more dangerous.

In the words of Police Lieutenant Joseph Hendry, “The fact is, these devices can easily be used against us. From a tactical standpoint, hanging the device next to the door is an invitation to disaster. It gives any threat the ability to secure a room with potential victims inside with little recourse for staff or law enforcement except to breach using physical force. The fact that vendors are touting the devices by posting videos of law enforcement using current assigned tools that cannot breach the door gives threats a tactical advantage in planning and use in a facility that is already a soft target.”

The instinctive reaction to the fear surrounding school shootings is to do everything possible to protect students and teachers from any posing threat. The desire to react quickly and within budgetary restrictions sometimes leads to choices that may solve one problem but inadvertently create others. Unauthorized lockdown and emergency responder access are important considerations, although not currently addressed by the model codes.

According to lockdontblock.org, storing the barricade in a locked drawer or location known only to the teacher, does not fix the problem. Additionally, most barricade devices prevent access from the outside, so even a staff member or emergency responder with a key to the classroom door would not be able to enter. Storing a barricade device in a classroom makes crimes easier to carry out and increases the chance of an unintended consequence.

How to Build Resilience During Uncertain Times

Two school safety experts shared the latest best practices in an educational seminar, “Become a Safety and Security Resource to Your School Clients,” at the DHI ConNextions conference on Oct. 20 in New Orleans.
Partner Alliance for Safer Schools (PASS)
October 20, 2021

There are at least three components that can be used as a foundation to effective security approaches.
Bryce Gill
November 18, 2020